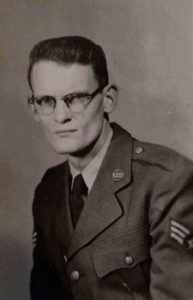 Melvin was born on January 11, 1936, in Escanaba, the son of the late Burns Millan and Maude Lillian (Dufus) Way. He was raised in Cornell before moving with his family to Oregon where he attended school. On October 24, 1955, Melvin was united in marriage to the former Yvonne Gilbert, in Oregon, and together the couple gave birth to 6 wonderful children. Shortly after their marriage, Melvin enlisted in the United States Air Force and spent the next 20 plus years working in Aircraft Maintenance. He served in both Korea and Vietnam and was proud to work aboard all aircraft including the SR71 Blackbird. Melvin worked in several capacities within the aircraft field which included basic maintenance, mechanics and leadership roles such as performing Crew Chief duties. Due to his military career, Melvin was fortunate to have traveled throughout the world. He was honorably discharged and retired at the rank of Master Sargent on March 1, 1976. At that time, Melvin returned home and settled in Flat Rock where he has resided since.

Melvin loved to spend time in his garden. In earlier years, he enjoyed fishing, hunting and playing his guitar. He loved Sunday dinners with family, and was a true NASCAR and racing fan.

Sending Prayers and big hugs to all of you! May god comfort you during this sad time.

I’ve met Melvin through his son Cliff. Cliff exhibits such a fine character and expresses his love and commitment to Christ in such a way that I cannot help but say that Melvin was a great influence on him. Prayers and blessings to his whole family in this time of sorrow and loss.

All my love, thoughts, and prayers to your family during this difficult time. I only met Melvin a few times, but he was always extr nice and kind.Hey see children are a direct reflection of the parents that raised him and just from knowing his daughter Yolanda and Yelisa, in hearing how you talk to him I get a true sense of what a truly great man he was